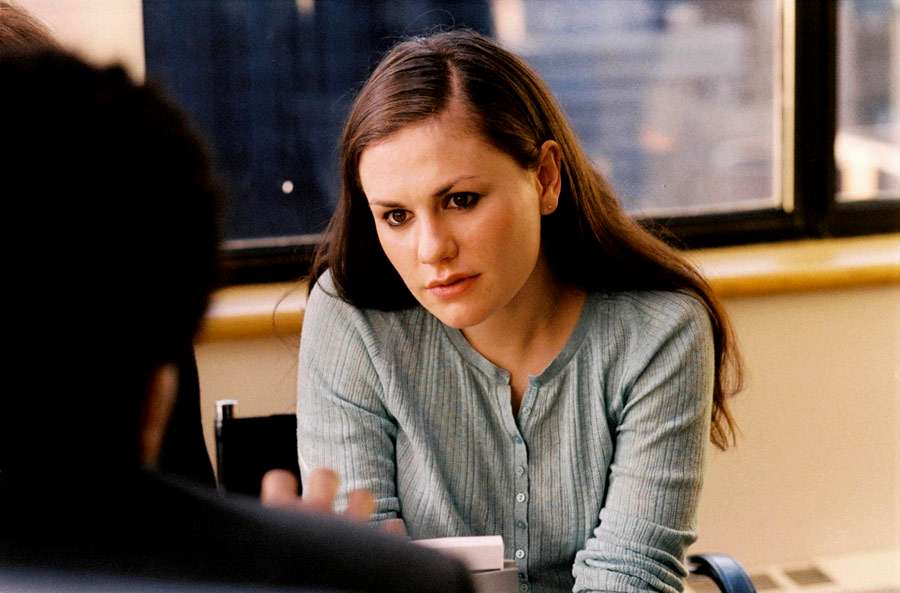 Fox Searchlight
One of modern cinema’s most venerated subjects is none other than the self-absorbed and impassioned teenage girl. Indeed, when it comes to exploring the depths of a character, a filmmaker likely cannot find richer material to sink his or her teeth into. High school sophomore Samantha Baker epitomizes teen inner-turmoil in Sixteen Candles (1984), when her disappointing sixteenth birthday becomes an allegory for an angst-filled post-adolescent life. Similarly, Jenna Rink conveys the utter despair of teendom in 13 Going on 30 (2004) when she goes as far as to wish seventeen years of her life away in a broom closet. And, we couldn’t possibly forget Easy A (2010)’s Olive Pendergast, whose high school career is so theatrical that it is plausibly compared to a novel about a woman who is banished from a viciously religious 19th century puritanical settlement.

Though the aforementioned films are entertaining, they treat teendom with such broad strokes that they don’t end up truly getting at the heart of this character. When it comes to depicting the teenage girl, it is all too easy to get it wrong. Many representations of this character use over-the-top drama for humor, while falling prey to tedious clichés and melodrama. When writer and director Kenneth Lonergan embarked on his journey to make a nearly three hour film about a teenage girl, he knew his only option was to lean into the elements that often cause teen movies to fall short.
​
Margaret (2011) follows high school student Lisa Cohen (Anna Paquin), who unwittingly causes a deadly bus accident. The remainder of the film follows the aftermath of the traumatic event, and Lisa’s attempts to grapple with her own unpredictable feelings. In the wake of the tragedy, Lisa seduces her teacher, loses her virginity on a whim, argues so viciously in debate class that she is thrown out, develops a strange relationship with the crash victim’s best friend, and drives her mother to tears on multiple occasions. All of this happens with a level of histrionics and near-comical threatrics one might expect in Easy A or 13 Going on 30. But, where Margaret departs from the aforementioned films is that Lonergan does not use these moments for entertainment, but rather because he knows that is the only way to tell this story truthfully. 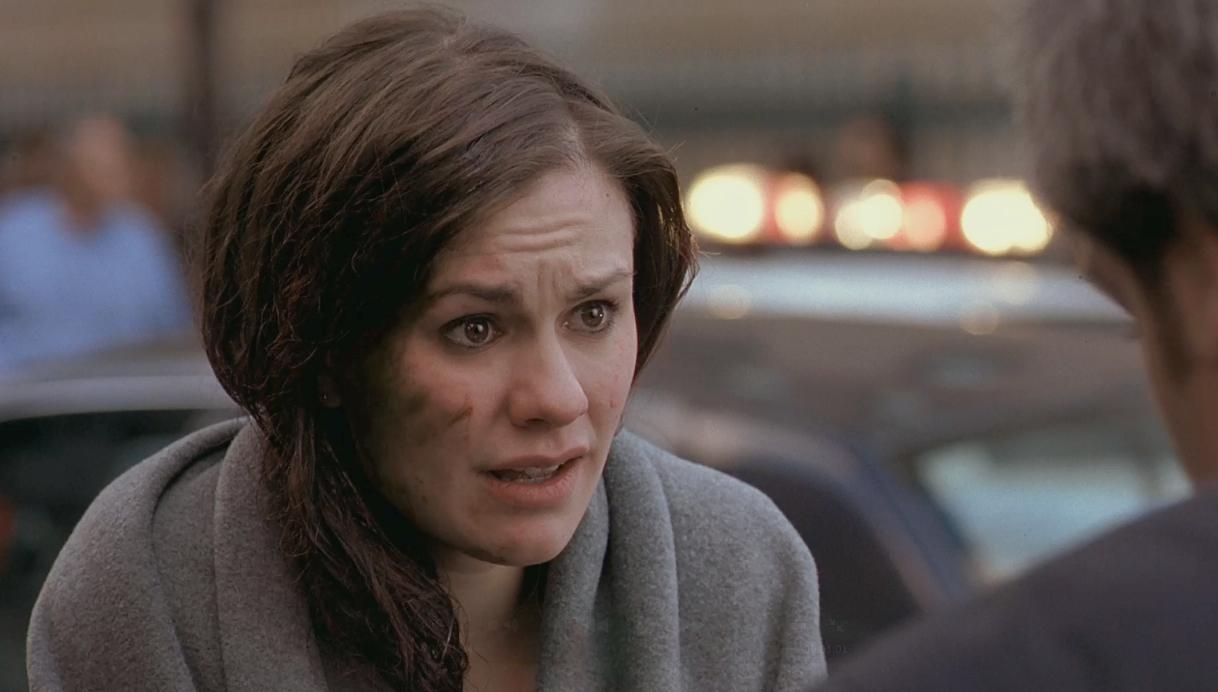 Fox Searchlight
From the very beginning of Margaret, it is clear that Lisa considers herself the center of the universe. When we are first introduced to her, she is being reprimanded by her geometry teacher, Mr. Aaron (Matt Damon), for cheating on a test. She immediately begins to argue with him, claiming that she should be allowed to cheat because she’ll never have to use math in real life.
This is just the way Lisa lives her life. She is the protagonist of every fleeting moment. At first, her self-centered attitude is largely inconsequential. Until it isn’t. Ten minutes into Margaret, Lisa notices a bus driver, Jason Berstone (Mark Ruffalo), who is wearing a cowboy hat that she wants. When Jason begins to drive, Lisa attempts to flag him down to ask where he’d purchased the hat. She completely disregards the fact that he is operating a twenty-thousand pound piece of moving machinery – to her, acquiring this hat is more important than anything or anyone else in the world.
And then Jason, while making eye-contact with Lisa, runs a red light and hits Monica Patterson (Alison Janney). Monica lives for ten tormented minutes and then bleeds to death in Lisa’s arms. Following the accident, Lisa acts based on the illusion that she and the handsome bus driver have some sort of connection, and subsequently “protects” him by lying to the police about him running the red light. But then, she begins to worry that she did the wrong thing and visits him at his home. He then claims not to remember her, and she feels hurt and rejected. From that moment on, it becomes Lisa’s mission to atone for her unfortunate mistake in any way she can. But Lisa’s guilt becomes so enmeshed in her own teenage sensibilities that she is unable to look at the situation objectively. The tragic incident occurred at a moment where it would inevitably become a metaphor for Lisa’s adolescence.
Part of what makes the accident so difficult for Lisa to come to terms with is that she has always had a hard time relating to other people. She doesn’t think twice about blowing off Darren (John Gallagher Jr.), the boy who is obviously hopelessly in love with her. Nor does she more than blink an eye while spewing racist remarks about Arab people in front of her Syrian classmate. Now that her life has become entangled in mystifying trauma, however, she knows that the only way forward is to involve as many people as she can to make things “right.” But, she quickly discovers that she has no clue how to do that. Gerard Manley Hopkins’s poem “Spring and Fall,” which Margaret was named after, writes:

As the heart grows older
It will come to such sights colder
By and by, nor spare a sigh
Though world of wanwood leafmeal lie;
And yet you wíll weep and know why.
“Spring and Fall,” Gerard Manley Hopkins (1880)
​
And it is precisely this – the fact that this is Lisa’s first real tragedy, and that her heart has yet to “[grow] older,” that makes it virtually impossible for her young mind to deal with. 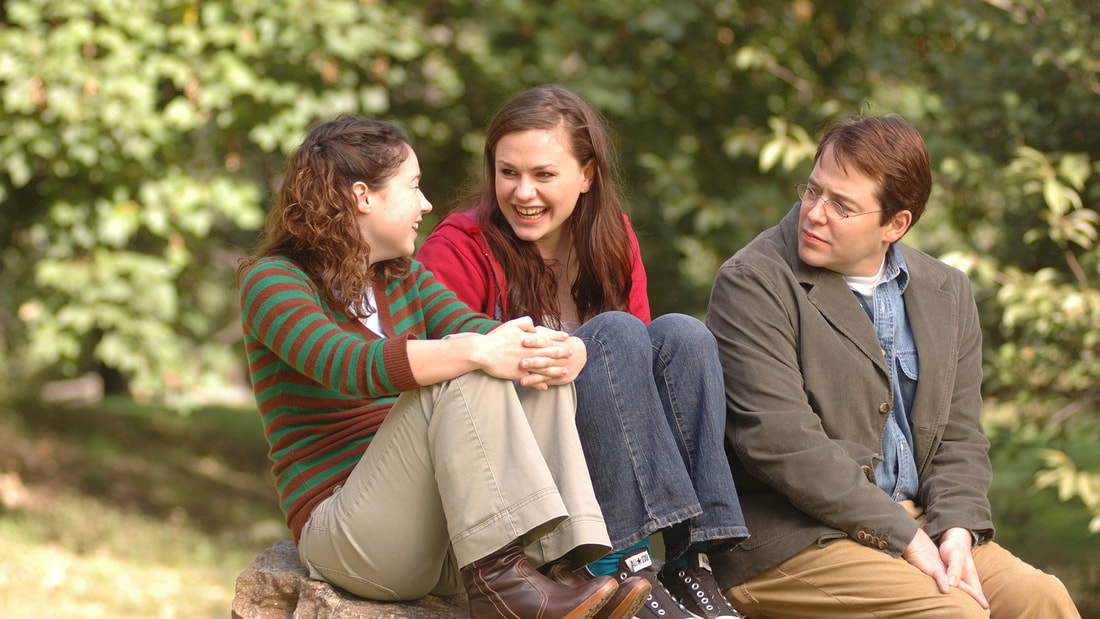 Fox Searchlight
So what is there to do? Should she get the bus driver fired? Should she befriend Monica’s best friend? No justice she can possibly seek seems to be quite big enough to match the feeling of watching someone bleed out of a leg stump in the middle of the Upper West Side traffic. When Lisa’s English teacher, John (Matthew Broderick), quotes King Lear in class: “As flies to wanton boys are we to the gods;/ They kill us for their sport,” Lisa is reminded of the randomness and the arbitrary nature of Monica’s death. How does a young girl come to terms with such a harrowing existential phenomenon?
Indeed, Lisa needs to put these big, teenage feelings somewhere. So, she fights with her mom, Joan (J. Cameron Smith), all the while ignoring the fact that she herself is experiencing a life just as big as her daughters. And the irony boisterously draws attention to itself during Lisa and Joan’s fights. Early in the movie, Joan suggests Lisa accompanies her to the opera. Lisa fires back that she hates the opera; that opera singers’ “whole point of existence is proving how loud they can be.” But it is hard to ignore the fact that, up to that point, Lisa’s whole point of existence is exactly the same thing.
At the end of Margaret, all of Lisa’s loud and dramatic actions come to a grand finale. The bus company that Jason was driving for is sued, and their insurance company pays a sizable sum to Monica’s next-of-kin, a distant cousin named Abigail. For both the viewer and for Lisa, this resolution is totally unsatisfactory.
Defeated, Lisa accompanies her mother to a showing of Les Contes d’Hoffman at the Metropolitan Opera. After an intermission, the curtain rises on Act III, in which a courtesan named Giulietta sings with Nicklausse, a woman dressed as a man. Though Lisa cannot understand what they are saying, tears immediately well up in her eyes, and she grabs her mother’s hand. Though we know by now that Lisa is prone to violent and unpredictable outbursts of emotion, now, for the first time, she channels that emotion in the form of love for another person. While watching two women sing to one another on stage, Lisa finally understands that others have lives just as rich and tormented as her own. And she thus finally makes her leap into adulthood.