A Story About Communist Russia Finds a Home in the 21st Century in ‘Dear Comrades!’
​February 20, 2021 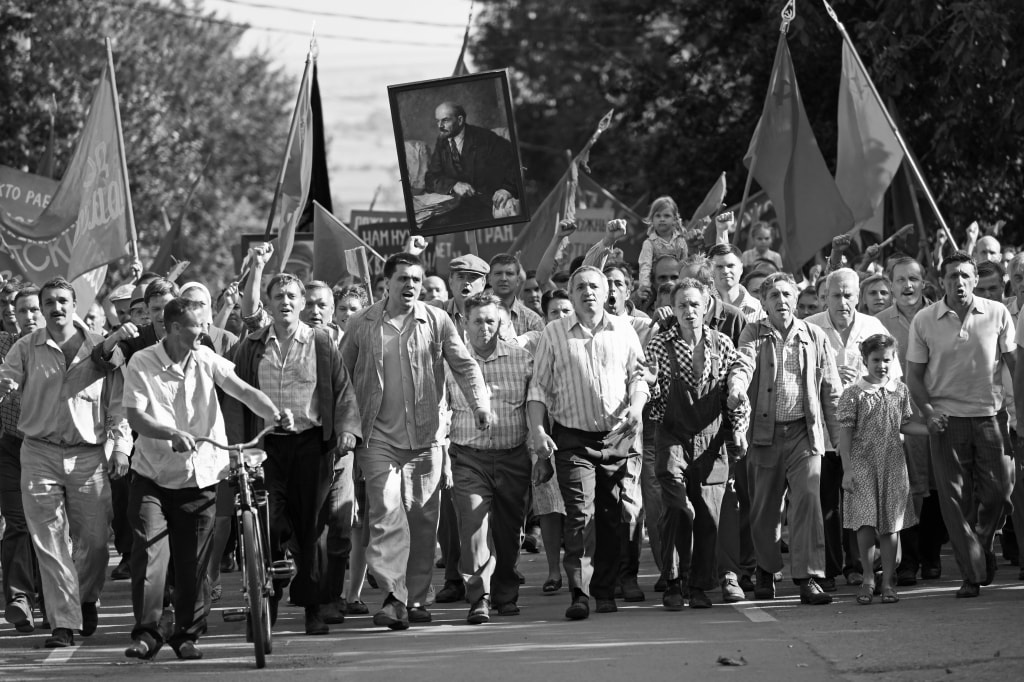 Neon
As soon as it opens on a shot of the city of Novocherkassk, Russia, adorned with blossoming Kievan Rus’ architecture, it is clear that Dear Comrades! is going to be a film about a country before it is about anything else. The film’s sleek, saturated black and white cinematography crystalizes it in a time that is unmistakably the past. We know that what we are about to watch is an artifact; a time capsule. But Andrei Konchalovsky’s look into history finds a comfortable home in the 21st century, as the film’s illuminates all too well the issues we face in our society today.
​
Dear Comrades! tells the story of a worker’s strike that occurs in 1962 Novocherkassk after the communist government significantly raises the prices of food, as told through the eyes of a loyal party activist, Lyuda (Julia Vysotskaya). After Lyuda’s daughter, Svetka (Yulia Burova), begins to take an active role in the protests, however, and subsequently goes missing, Lyuda begins to question her loyalty.

The film tells the story of Lyuda in a way that is almost problematically didactic in its need to define the stark political differences between Lyuda and her daughter. But Konchalovsky does not fall into the trap of telling a one-dimensional political story. From the outset, Lyuda and Svetka are both evidently flawed on a personal scale – Lyuda is too quick to lash out at her daughter, and Svetka doesn’t quite seem to know what it is that she’s protesting for or against, though her heart is in the right place. Is she taking the streets simply in part to spite her caustic mother? That very well could be the case. 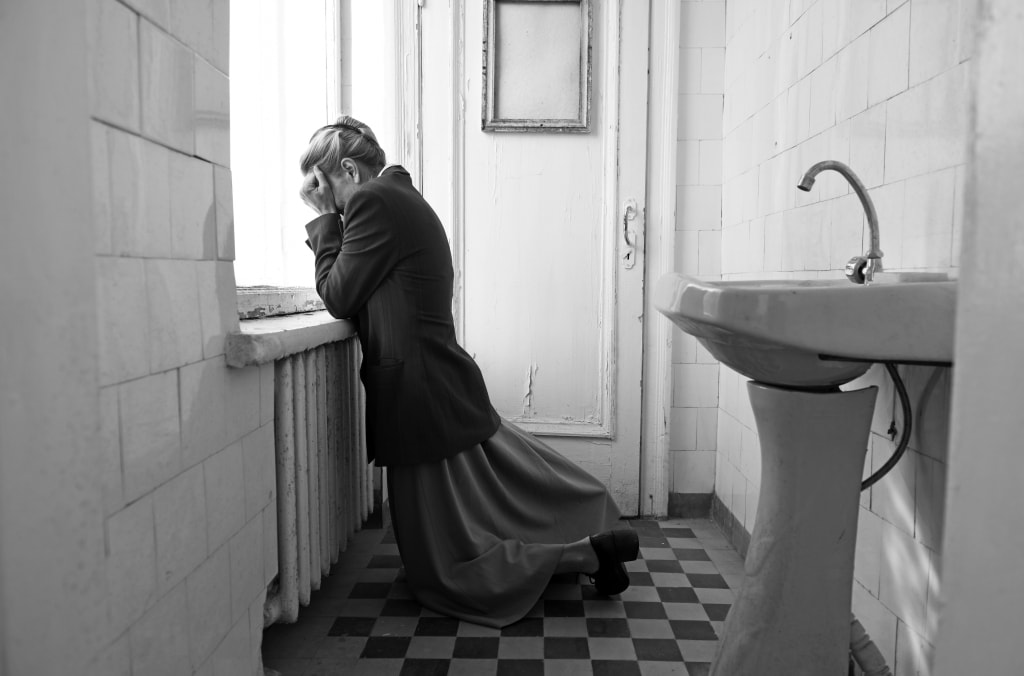 Neon
But in these flawed characters, Konchalovsky finds the perfect vehicles through which to tell the story of blind loyalism. During a conference right after the protests have broken out, Lyuda suggests that there is “no use in talking,” and that the officials of Novocherkassk should simply “arrest” all of the activists. She holds onto this sentiment throughout most of Dear Comrades! – even after her daughter goes missing. Between visits to morgues to inspect the bodies of teenage girls for resemblance, Lyuda tells her friend officer friend that she’ll turn Svetka in – if she ever shows up.
During the film, though, the walls of extremism begin to deteriorate for its individual characters. Lyuda realises that her daughter is more important to her than the political cause she stands for; and both women’s political motivations subsequently fall back into a strange sea of abstraction.
In many ways, Dear Comrades! is exceptionally time and space specific. Characters don uniforms that unmistakably belong to communist Russia, and the landscapes accurately portray bleak yet majestic Eastern terrain. Multiple times throughout the film, characters break into song about their devotion to Mother Russia; the lyrics and Russian language making it difficult to depart from the time and place of Dear Comrades! but, when the viewer steps back, it becomes clear that the message and emotional core of Dear Comrades! is universal. In a world where political extremism and questionable values dominate our everyday life, too sparingly do we look to the past for examples on how to proceed. But Andrei Konchalovsky tells us to look backwards precisely by giving us a film that is so time specific. If we can see so much of ourselves in a film that is so obviously not about us, shouldn’t we take that seriously?